5 ways to generate your own energy 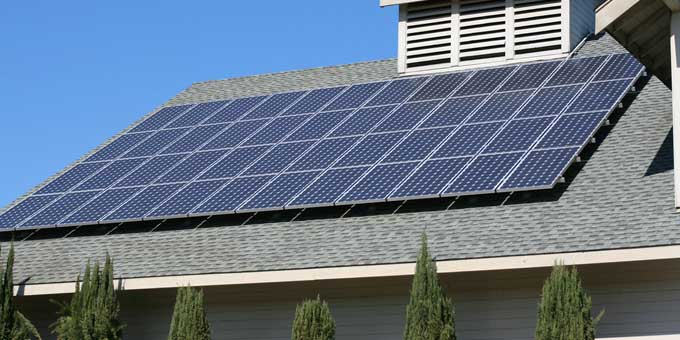 For many homeowners, utility bills are among their highest expenses. There is also increasing pressure on communities all over the world to adopt cleaner, renewable energy and reduce carbon footprints. With the right technology in place, you can increase the value of your home as well as reduce your monthly utility bills which, in the longer term, tend only to increase.

Solar power might not be anything new, but increasingly widespread government incentives and constant price hikes on electricity bills are steadily making them more popular every year. Solar power for consumers broadly falls into two main categories: solar photo voltaic electricity and solar water heating. While both systems are expensive to install, they require minimal maintenance, and homeowners may qualify for a solar investment tax credit to ease the costs.

Wind turbines are another popular form of renewable energy available to homes and businesses. The smallest and cheapest ones are typically mounted on the roof of the building, and may generate up to 1 kW of energy. Far more expensive, but generating around three to six times more power, are pole-mounted designs. As is the case with solar power, homeowners who purchased small wind turbines may qualify for a possible tax credit.

Solid-fuel heating has been around as long as humanity itself, and it remains one of the world’s most widespread forms of heating. However, newer technologies have made solid fuels for water and central heating more viable than ever before. Although expensive, solid-fuel boilers can provide hot water and heating for your home without having to rely on an expensive gas connection or electric heating. Most burn coal or wood pellets, which are usually far cheaper than other fuels.

Ground-source heat pumps take advantage of the natural heat under the ground. These systems use a heat pump rather than a boiler to extract the natural energy of the earth itself. An efficient heat pump can put out temperatures of up to four times that of the ground itself. However, while ground-source heat pumps provide a clean and efficient way to heat a home, installation is among the most expensive of all renewable energy systems, not least because they require extensive groundwork.

Rather than using the ambient heat in the ground, air-source heat pumps are placed outdoors where they draw in the surrounding air and heat it. Similarly, these systems also require electricity to operate the pump, but it should provide more heat than the electrical energy it draws. Since they are typically installed at the back of a home and they do not require any groundwork, air-source heat pumps are cheaper than ground-source systems.

If you’re interested in increasing your property value, reducing your impact on the environment and lowering your utility bills, renewable energy is undoubtedly the obvious choice. However, many such systems are prohibitively expensive to install in the first place, so you may need to shop around for the best deal and find out if there is any funding available in your region. Although the upfront investment will likely be very high, you can even end up earning money by selling any unused electricity back into the grid.