6 Habits of People Who Are Always Broke 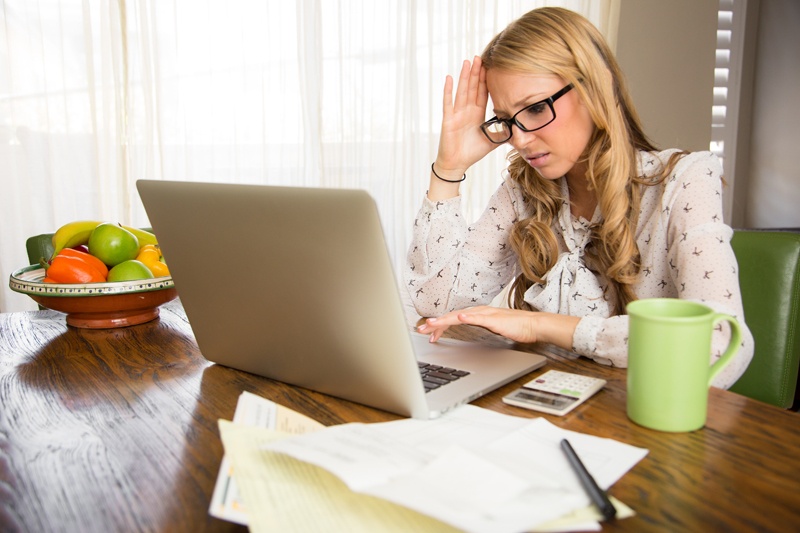 For the average Joe, it can be hard to understand how celebrities who’ve made millions can suddenly find themselves broke.  But it can happen to anyone.  Earning all the money in the world won’t help you if you frequently make poor financial decisions.  Here are some bad habits of people who are always broke.

Trying to get rich quick

A lot of people want to get rich quick with minimal effort which is why the lottery is so popular.  Even though the odds of getting all six numbers correct is 1 in 13 million, it doesn’t stop people from trying.  A recent LendEDU survey revealed that residents in Massachusetts spend an average of $735 annually on lottery tickets.  Rhode Island and Delaware round out the top three spending $514 and $421, respectively.  If you’re constantly playing and coming up empty, you’re just wasting money.  Put the funds to better use by paying down debt or building your emergency fund instead.

Not having a budget

In your mind, you may think you can afford to spend your money on X, Y and Z.   But sometimes crunching the numbers will tell you a different story.  Therefore, it’s important to create and stick to a budget.  Knowing how much money you have coming in and out makes it easier to reach your financial goals.  One of the easiest ways to track your spending is to use an envelope system.  When you get paid, you’ll divide your paycheck in different envelopes for various expenses.  Every time you need to make a purchase, you’ll deduct the funds from the appropriate envelope.  Using a cash system will force you to make smarter decisions because once you run out of money, you’re stuck until your next payday.

Taking on too much high-interest debt

Each year, approximately 12 million Americans turn to payday loans when they need cash in-between paychecks.  The problem is these short-term loans come with excessively high fees.  On average, you’ll pay $15 for every $100 you borrow.  When you do the math, that’s an annual percentage rate (APR) of almost 400%.  Mind you, you’re expected to repay the loan within two weeks.  For many people, what starts off as a temporary solution usually turns into a never-ending cycle.  The Consumer Financial Protection Bureau reports that over 80% of payday loans are rolled over or renewed.

Some people have a bad habit of spending all their money as soon as they get it.  Commonly you’ll hear them use excuses like “money is meant to be spent” or “you can’t take it with you when you die anyway”.  Instead of wasting money on designer fashions and the latest gadgets, invest in things that will be profitable for you.  For example, your education, retirement or a house.  New cars are nice but they lose 20 percent of their value within the first year.  That number jumps to 60 percent within the first five years.

According to GOBankingRates, almost 40 percent of Americans have no money to their name.  If you want to stop living paycheck to paycheck, you need to make saving a priority instead of an afterthought.  Setup automatic transfers with your bank so you’re saving at least 10 percent of your check every time you get paid.  By paying yourself first, you won’t have to worry about not having anything leftover to save.  Once you get in the groove, try increasing your savings goal to at least 20 percent of your income.

Hanging out with other broke people

Whether you realize it or not, we’re all influenced by the people closest to us.  If you surround yourself with people who make poor financial decisions, eventually some of their bad habits will rub off on you.  Therefore, it’s important to choose your circle wisely.  Find friends who are in a better financial position than you are and learn what it takes to get there.  Ask what helped them save more money and the types of investments they made.  Since no two situations are identical, be sure to do your own research. Make reading personal finance books and blogs a part of your daily routine so you can make educated decisions for you and your family.