Five free and healthy gifts for you, from you 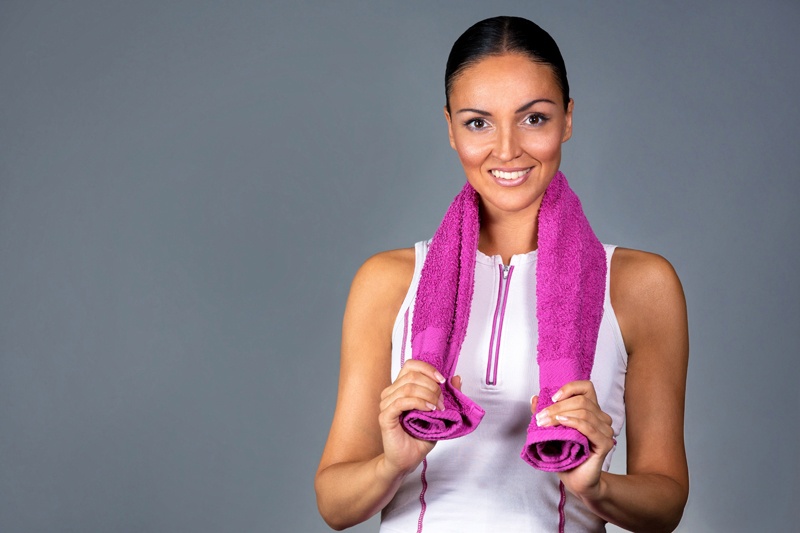 Merry Christmas! Did you get that Ab Wheel you wanted? No?

If what you really wanted for Christmas was to be healthier and feel better, there’s still hope.

Here are five free health-promoting gifts you can give yourself. Put away your credit card, and don’t hurry now. These nonholiday offers last as long as you need. No Ab Wheel required.

Less than half of all adults get the recommended amount of physical activity, according to the Centers for Disease Control and Prevention. Adults need at least 2.5 hours or aerobic activity a week. Women and older adults were less likely overall to get enough exercise, raising their risk of heart disease, stroke, type 2 diabetes and other problems.

The good news: Walking counts, as long as you walk fast for at least 10 minutes at a time, the CDC says. And more people are doing at least 10-minute walks at least weekly: 62 percent in 2010 compared with 56 percent in 2005.

People are more likely to walk outside when they feel safe, the agency says.

Free maps of established routes, along with safety suggestions, are posted on the Spokane Regional Health District’s website. The maps include routes in Cheney and north Spokane, a Medical Lake loop and other scenic walks, including some downtown and on the South Hill. Some routes are more suitable for winter walkers than others; dress in layers and wear footwear with good traction to stay comfortable and upright.

Many people skip sleep to cram work, family and other responsibilities into a too-short day. That could have consequences beyond crankiness: Insufficient sleep has been linked to insulin resistance, obesity, type 2 diabetes, heart disease, stroke and high blood pressure, according to a study published in October in the Annals of Internal Medicine.

That small study focused on the response of fat cells to sleepless nights; it suggested that “groggy” cells behave abnormally, contributing to insulin resistance.

Inland Northwest Health Services and other organizations behind Step Up and Go, a community program to prevent obesity, say getting eight hours of sleep a night is key. A lack of sleep makes you hungry, gain weight and stress out, they say — which in turn makes us want to eat even more fatty, carb-heavy foods.

Our bodies are 60 percent to 75 percent water, said Craig Hunt, a nutritionist and registered dietitian in Spokane who teaches at Eastern Washington University.

If you have dry, peeling lips, are constipated, or have dandruff or dry skin, you might be dehydrated, Hunt said. Fatigue is another symptom.

Even mild dehydration reduces your blood volume — which can contribute to falls, especially among older people, when sufferers stand quickly, experience a quick drop in blood pressure and feel lightheaded.

Hunt said he thinks most people are at least a little dehydrated. That has a lot to do with our consumption of coffee, he said, a light diuretic that makes us urinate more. Coffee has benefits of its own, Hunt said — including health-promoting antioxidants — but coffee drinkers should also drink a cup or two of water between each cup of coffee.

In general, eight 8-ounce glasses of water is a respectable daily amount, Hunt said. Fruits and vegetables with high water content can substitute for some of those glasses.

Unless they have a cold or asthma or some other respiratory problem, people mostly ignore their breath, said Jackie Kittel, who owns and teaches at Sunflower Yoga in Spokane Valley and is a licensed occupational therapist.

A primer, courtesy of a Harvard University publication about stress: Breathing engages the diaphragm, a strong muscle between the chest and the abdomen. When you inhale, the diaphragm moves down and presses against abdominal organs to make room for your expanding lungs. When you exhale, the diaphragm presses back up against your lungs, helping to get rid of carbon dioxide.

When your breath is shallow, your diaphragm can’t move as much. The lowest parts of your lungs don’t get their share of oxygenated air, which can make you feel short of breath and anxious. When you breathe deeply, you get “full oxygen exchange” — gaining oxygen, expelling carbon dioxide. Your heartbeat slows, as can your blood pressure.

Kittel said deep breathing lets people tap into the parasympathetic, or “rest and digest,” part of their nervous systems. That’s opposed to the sympathetic, or “fight or flight,” part. The latter, good for letting us spring into action and take care of business, tends to override the former, good for calming us down.

Keep it simple, Kittel advised. Start by taking a few deep breaths and relax every time the phone rings at work, or every time you go to get a drink of water.

Ready for more commitment? Take a few minutes every day. Sit up tall. Close your eyes. Relax your shoulders, the skin on your face, your forehead. Try to fill both lungs evenly. Pay attention to the air moving and into your belly, rather than breathing into your upper chest.

It takes practice to keep returning your attention to your breath as your mind wanders, she said, but it works.

This may be the most difficult free healthy gift to give yourself. But all those platitudes about the benefits of forgiveness — for the wronged party — seem to have some physiological foundation.

The Mayo Clinic lists decreased anxiety, lower blood pressure and fewer symptoms of depression among the potential benefits of forgiving someone, along with healthier relationships and improved psychological well-being.

When research subjects replayed a painful memory or fostered a grudge against real-life perpetrators, their nervous systems kicked into high alert, researchers at Hope College in Michigan found, reflecting findings of other scientists. The subjects’ brow muscles tensed, they sweated more, and their heart rate and blood pressure rose.