It’s never too soon to start planning your retirement 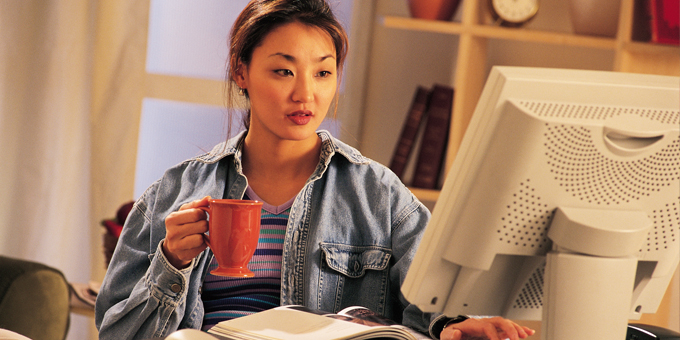 On the long road to retirement, one basic question repeats itself: What should I be doing now?

Of course, there are dozens of more specific questions that flow from retirement planning. And at any point in time, there are the ups and downs of the financial markets to navigate.

But the major themes are, for the most part, variations of that single underlying question.

At an early age, it’s about how to get started and build good saving habits. During peak earnings years, it’s about maximizing your potential, such as paying down debt and working toward big goals, such as covering future health-care costs. And on the verge of retirement, the questions revolve around your post-retirement income strategy–especially the important decision of when to take Social Security.

Here are some of the big retirement questions, if you’re…

In the early years of working, retirement seems an eternity away. And for most people, starting salaries don’t allow much room for savings. But at this age, now is the time to start building good saving habits and a base from which a nest egg can grow for decades to come.

Young savers shouldn’t be discouraged by experts saying they need to put upward of 12% of their income away.

“The main thing is getting used to the idea of saving,” says Christopher Jones, chief investment officer at Financial Engines, which provides investment advice on retirement accounts.

For those working at companies that match employee contributions to a 401(k) plan, “make sure you’re at least getting the company match,” says Mr. Jones. “Otherwise, you’re leaving money on the table and that’s just foolish.”

And it doesn’t take having a company plan or a big pile of money to start saving in a retirement account. T. Rowe Price Group and Vanguard Group both offer target-date mutual funds, which invest in a blend of stock and bonds that are tied to a future retirement date, with minimum investments of $1,000.

Let’s face it, raising kids, buying and maintaining a home, paying for college–for most folks it’s all they can do to keep their heads above water.

But stay disciplined and keep taking advantage of the company match. Mr. Roth recommends taking a portion of any raises and putting that money away for retirement.

For many people, these are peak earning years and potentially a time when the kids are off the household payroll. It’s time to make some serious headway on retirement savings and to look at where you stand compared with your objectives.

A big question to tackle–have you accounted for healthcare costs in your savings goals? Whether it’s through long-term-care insurance or through simply putting more money away–also known as self- insuring–it’s a question that shouldn’t be ignored.

The reality is that unless something significantly changes in the way health-care costs for seniors are managed in the U.S., this can be a big number.

For some, a bigger salary may lead to greater comfort with borrowing more money. Ignore that temptation and instead seize the opportunity to reduce big debts, such as mortgages and credit cards, so you’ll have more flexibility during retirement.

And for anyone over age 50, tax rules allow for increased contributions to 401(k)s and individual retirement accounts.

For 2013, so-called catch-up contributions are allowed to total $5,500 for a traditional IRA. “You can go into powersavings mode,” says Maria Bruno, a senior investment analyst at Vanguard’s investment strategy department.

It’s time to make some serious decisions and assess what your income streams are going to look like after collecting that final paycheck.

It’s more than just figuring out how to make your savings last.

Among the biggest decisions is when to take Social Security benefits. The underlying question, says Ms. Bruno, “is how can I maximize my payout?”

That includes weighing both the levels of retirement benefits when alive and any survivor benefits after the death of a spouse.

But there are some rules of thumb. Assuming there is a comfortable nest egg, for a single person in good health, it makes sense these days to defer taking Social Security until age 70, says Mr. Jones.

Here’s why: For every year you delay taking full benefits, your eventual Social Security payout will go up by as much as 8%.

While there’s always the temptation to collect Social Security simply because it’s there now, compare that guaranteed increased benefit to any investment available in the markets today.

For couples, it’s preferable that the higher earner delay taking Social Security as long as possible.

Not only will that boost their payouts while alive, but under Social Security’s rules, after the death of one spouse, the survivor gets the higher of the two benefits.

And, of course, there’s the question of when to retire. These days, it’s increasingly common to phase into retirement slowly, by working part time in some fashion rather than going straight to the golf course full time.

There’s the benefit of staying engaged and active. And financially, working makes big sense when it comes to making sure your nest egg lasts.

You “earn a little extra and have less time to spend,” says Mr. Roth.