Retire without a mortgage, or with a bigger nest egg?

Which is better: To retire without a mortgage or keep the mortgage and retire with a bigger nest egg? 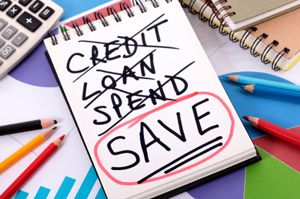 More than half (55 percent) of the American population ages 55 to 64 carry a home mortgage, and about the same fraction (50 percent) have credit-card debt, according to a paper presented at the 15th annual Joint Meeting of the Retirement Research Consortium, held earlier this month in Washington.

What’s more, that debt isn’t going away after retirement. Among people ages 65 to 74, almost half had mortgages or other loans on their primary residences, and more than a third held credit-card debt, according to the paper, “Debt and Debt Management among Older Adults.”

That debt can be a problem, especially for those who are less financially literate, according to the authors of the paper, Annamaria Lusardi, a professor at The George Washington School of Business, and Olivia Mitchell, a professor at The Wharton School, University of Pennsylvania.

Such debt can be hard to pay off during retirement, especially in the absence of earned income. Plus, in the worst of cases, such debt can lead to bankruptcy, according to Lusardi, who, along with Mitchell, is the co-author of “Financial Literacy: Implications for Retirement Security and the Financial Marketplace.”

The answer depends on your personal situation.

Kathleen Mealey, a financial counselor with Cabot Money Management, said you need to assess how ready you are for retirement today given your current savings and your goals and plans for the future.

Variables include current income, current savings, current tax rates, your Schedule A itemization before and during retirement, whether you have access to a Health Savings Account, your retirement income needs with and without a mortgage, your mortgage balance, the number of years remaining on your mortgage, and interest rates and opportunities to refinance – among many other factors.

Earlier this year, a survey showed that most people think paying off their mortgage was among the smartest financial decisions they ever made, along with starting to save when they were young.

The tax consequences of pursuing one tactic or the other also must be considered. “Tax advantages to pension contributions and interest payments on mortgages are tax-deductible, so one has to compare these advantages,” Lusardi said.

Mealey said contributing to a 401(k) and deducting interest payments from a mortgage could be beneficial, especially if it puts you in a lower tax bracket.

You do get a tax deduction with your 401(k) contribution. But the deduction only defers your taxes, noted Michael Kitces, partner and director of research for Pinnacle Advisory Group.

Mealey and others also suggest that you pursue the tactic that offers the highest return on your investment. “What is the mortgage interest rate and length of time remaining?” she asked. “Compare this with the 401(k) investment options. If the long-term rate of return on the 401(k) plan will be higher than the mortgage and there is a comfort level with the risk involved, it may not be advantageous to pay off the mortgage.”

For some, this is a no-brainer. “With current low interest rates that are fixed for a number of years, a retiree can possibly have a better return on the money in a long-term objective portfolio than the 3 or 4 percent interest payment,” said , president of Edu4Retirement.

On the other hand, if you aren’t earning much on your retirement investments, if you have low or negative returns, it might make sense to pay down your mortgage, Mitchell said.

“If one is holding assets in a money market mutual fund earning 0.5 percent while paying 5 percent on his or her mortgage, paying down that mortgage may be a clever strategy,” Lusardi said.

REASONS NOT TO PAY DOWN THE MORTGAGE

For instance, Mike Kenney, a consultant with Nationwide Financial, suggests that you not pay down your mortgage unless you already have ample assets to cover all retirement income needs and/ or are making the full allowable contribution to your 401(k). “The likely outcome of paying off a mortgage early is increased taxation on earned income now, though this would not apply with a Roth 401(k), and increased taxation due to the loss of a potential deduction later,” Kenney said.

Mitchell suggested that one’s house is a nondiversified, and potentially quite risky, asset. “In this light, hastening to pay off the mortgage may be the wrong thing to do,” she said.

REASONS TO PAY DOWN THE MORTGAGE

If your mortgage rate is variable, and you think interest rates are rising, that makes paying the mortgage off more appealing, Mitchell said.

“The answer to the question will change with each person based on their current status, time frame, and risk tolerance,” Mealey said. “No matter what the numbers may show, a critical piece to is to understand (your) view on debt. Sometimes no matter how strong the math, the true answer is what allows (you) to sleep well at night.”

REASONS TO KEEP SAVING FOR RETIREMENT

If your employer matches your contribution to your 401(k) in some form, that’s “automatic return right away,” Mitchell said. Since many employers take the contribution out of your paycheck, “if you don’t see it, you won’t spend it, making that relatively easy,” she said.

Another expert, meanwhile, is fond of having cash in the bank or money in the market rather than a paid-off mortgage. “To me, cash is king,” Callahan said. “If you can amortize the payment of the mortgage, you have options by having the retirement savings on hand. You can always pay off the mortgage if the cash is available.”

And, Callahan said, having a mortgage “may keep people working longer so that they won’t overestimate the value of their retirement savings.”

Paying down your mortgage before retirement also will help you lower your expenses in retirement. And that’s especially important since housing represents more than 30 percent of the expenses for the average American 65 and older.

Lowering expenses is a really critical issue in retirement. “With finite resources, keeping expenses low is essential,” Callahan said. “Owning a home is very expensive. Upkeep is not cheap.”