Who Are the Richest Superheroes? 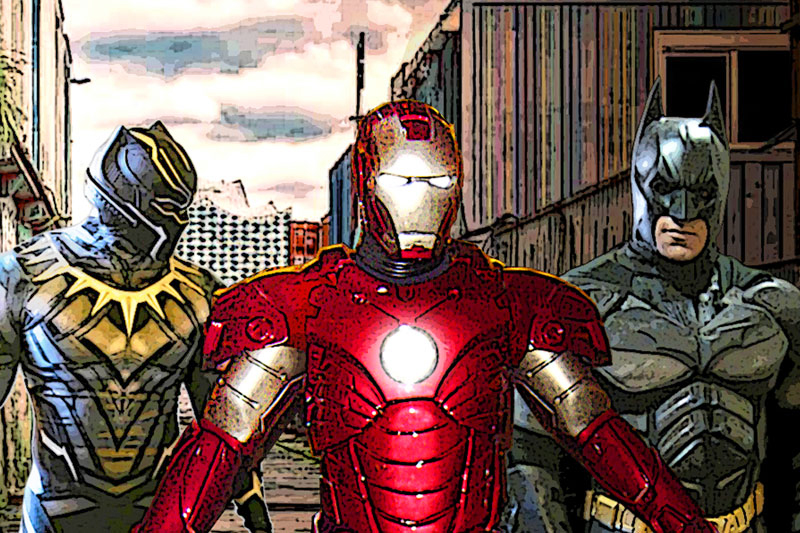 Almost every kid has dreamed of being a superhero growing up.  They have cool costumes, special powers and save the world from bad guys.  Some of our favorite superheroes are also filthy rich.  Keep reading to find out who is the wealthiest of them all and how they got their money.

Janet van Dyne also known as Wasp is one of the founding members of the Avengers.  She has a net worth of $1 billion dollars thanks to an inheritance left behind from her father.

Michael Holt better known as Mister Terrific is the third smartest man in the DC Universe.  Before becoming a superhero, he already had 14 Ph.D’s under his belt.  Holt made his money by founding a tech company called Cyberwear (later Holt Holdings Inc.) and eventually sold it to Bruce Wayne.  As if that’s not enough, he also won an Olympic gold medal.

Emma Frost inherited some of her wealth from her family but most of her fortune came from being business savvy.  She was the majority shareholder of a multi-billion dollar conglomerate which she renamed Frost International.  Emma served as the company’s CEO and Chairman of the Board.  Her former occupations include being Co-headmaster of Xavier Institute for Higher Learning as well as Chairman of the Board of Trustees and headmistress of Massachusetts Academy.

Professor Charles Xavier inherited his wealth from his father.  He’s best known as the founder of X-Men and Xavier’s School for Gifted Youngsters which was housed in his family mansion.

Mister Fantastic (Reed Richards) is one of the smartest people in the Marvel Universe.  By the time he was 18, he obtained college degrees in engineering, math and physics.  Although Mister Fantastic had a career as a scientist, a good chunk of his wealth came a large inheritance from his father.

Unlike most people, Green Arrow (Oliver Jonas Queen) didn’t have to work hard for his money.  The spoiled socialite inherited a billion-dollar business called Queen Industries after his parents died.  His net worth is $7 billion.

Batman’s alter-ego is Bruce Wayne, a billionaire playboy.  He makes his money running Wayne Enterprises and has a net worth of $80 million.

Tony Stark is a genius inventor who inherited his father’s business, Stark Industries.  The corporation specializes in global aerospace, defense, security and advanced technologies.  Iron Man is the second richest person on the list with a net worth of $100 billion.

Coming in at number one is T’Challa, the King of Wakanda.  The fictional African country is known for its advanced technology and is the only known source of vibranium.  The metal is highly valued because its nearly indestructible.  Vibranium can absorb, store and release kinetic energy which comes in handy for Black Panther.  Forget being a millionaire or billionaire, T’Challa is a trillionaire.  His net worth is $90.7 trillion.